New VR “game” I Made more like Music Selector

Not for release just for play play 😉

Well the selection part you cant view because my video got flagged for copyright.
so no original music…

This is my own tutorial on how to make a VR game its been done so many times before me but all the tutorials have shitty controls or are outdated.

Here is a sample of a game i did but controls on android device are screwed by the autowalk script i used so need to create my own.

So lets start form scratsh and make en new tutorial that would work with Unity 5.0.0p2 (64-bit)
and Latest Google Cardboard SDK from the Github

You may experience problems if you import the code manually without using the provided unitypackage file. Today I was having a problem getting a first person control to work in Unity for Google Cardboard. I had done it once but could not remember how to do it again. The problem I was having was that once the controller was attached to head i has just falling through the terrain. I attached the controller to the camera (but not the head) and this would solve the problem of falling through the terrain, but the head was not attached to the controller so movement was set in the start and would not change based on head movement.

My solution to the problem, once you have added a first person control delete its camera. Put it under CardboardMain and all cameras under the first person control. Add a component to the First Person Control. This component should be the CardBoard Head (script). Next uncheck the Track Position button under the Head (script) you just added, and the Mouse Look (script) also under First Person Control. Finally delete the old Head object in the Hierarchy.

Hope this can save some time with anyone else with this problem,

Creating my Own 3D World For my Google Cardboard :) 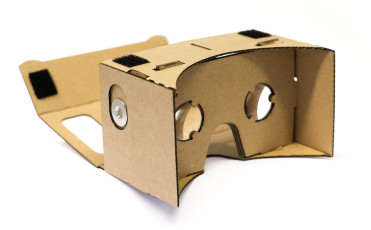 First a Beta
A test build…. Picture of the crappy build later 🙂
Not so good lenses.
Info about the needed lenses: Then bought the Shit 🙂 A Plastic version (No controls)